Media Law – Priorities for the New Government. A lunchtime seminar with The Hon. Michelle Rowland MP 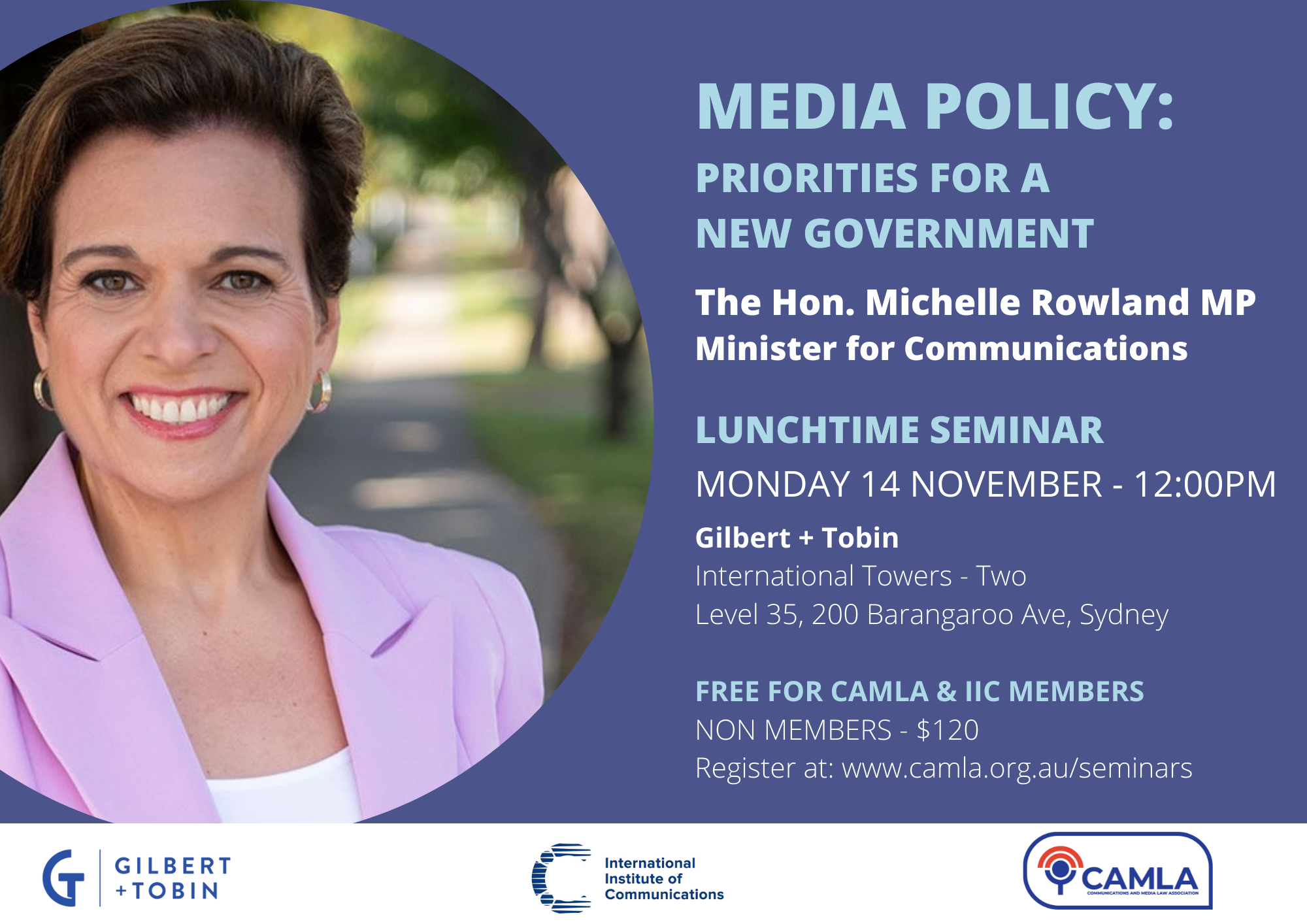 **The IIC and CAMLA seminar with the Hon. Michelle Rowland MP has reached in-person capacity so there is a webinar version available. Register below! **

Michelle was elected to the House of Representatives in 2010 as the Member for Greenway. Prior to entering Parliament she was a senior lawyer specialising in competition and regulation in the telecommunications, media and technology sectors.

In 2013 she was appointed Shadow Minister for Citizenship and Multiculturalism, and Shadow Assistant Minister for Communications.

In June 2022, Michelle was sworn in as the Minister for Communications.

Michelle has served as a Councillor and Deputy Mayor of Blacktown City Council, Chair of Screen NSW, and a Director of the Western Sydney Area Health Service.

Michelle is married to Michael and they have two young daughters, Octavia and Aurelia. Michelle is passionate about affording everyone, regardless of their background, equality of opportunity.